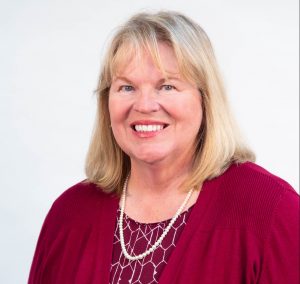 Ms. Tamura became the Principal Planner and President of Urban Planning Concepts, Inc. (UPC) in 1989. Her understanding of land use issues has gained her respect and a trusted reputation within both the development community and at all levels of staff and elected government. She brings a solid background to UPC in land use planning, the Subdivision Map Act, State Planning and Zoning Laws, the California Environmental Quality Act (CEQA) and all facets of land use planning ordinances in San Luis Obispo and Santa Barbara County.

While employed with Santa Barbara County, she prepared or reviewed many of the ordinances and regulations pertaining to the County that remain in use today.  Since becoming the Principal Planner with UPC, Ms. Tamura has been instrumental in bringing this firm to the forefront of land use issues in the City of Santa Maria.  The City is in the process of a revising of its Land Use Element of the General Plan, including several areas targeted for annexation that UPC represents.  She has been active monitoring the political and land planning issues surrounding these annexations.  Environmental Impact Report analysis is an area where Ms. Tamura has excelled.  Her breadth of experience in this area has provided UPC an additional level of expertise and has broadened the range of the projects processed by UPC.

UPC will continue to grow and become involved in all facets of land planning within Santa Barbara and San Luis Obispo County largely from the direction provided by Laurie Tamura.  In addition to her leadership of UPC, she has taken an active role in such civic organizations such as the City of Santa Maria Chamber of Commerce and has been appointed to the Orcutt General Plan Advisory Committee. She is also a member of the American Planning Association (APA), the Association of Environmental Professionals (AEP), and the American Institute of Certified Planners (AICP).